And so with this in mind, I bought .
Lisa had aquired him a couple of years earlier as a school horse. An OTTB, 10 yrs old, tall, bright red chestnut with a tiny star. had been an honest and safe jumper, but couldn't pass PPEs and so was sold. And sold. And sold. Lucky for him, he wound up with Lisa. She took wonderful care of him and used him to teach beginner walk trot students. He was quiet and safe as long as you accomodated his issues. But she couldn’t keep him sound.
When she mentioned, in passing, that she would probably have to sell him, but that probably no one wanted him, I jumped on it. He was seriously wrecked, one of the most crippled Id seen. What a challenge he would be! If I could get him sound I could do anything. And besides, he was cute, and sweet, and he deserved a chance. So, to her surprise and delight, I bought him.
My eldest daughter, who understands me and is also sympathetic to the odd, said “Oh Mom. No.” My vet said, unkindly I thought, "So, you gonna call him Waterloo?". Staci, one of my most knowledgable horse friends, shook her head, 'I dunno, Ab...He's pretty scary...’ Ha! Dem's fightin' words! I sent the check.
I couldn't blame them. He was a mess. His hocks wiggled. His head bobbed with every step. He paced at the walk, shuffled into the trot, and cantering was not really an option.  He was severely over at the knees and his front legs trembled. He had a straight shoulder, was freakishly tied in in front of a high sharp wither, had a dropped and roached back, an upside down neck, and no hip to speak of. Feet too small for his body with shrively frogs and underun heels. To top it off, he was fungusy, with a scabby face and patchy coat.
I'm attracted to pathology, ok?. So sue me.
Did I mention strange movement patterns? Camel hybrid, maybe? 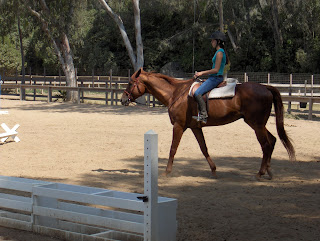 Cute, eh? And so began our Life with Bryan. 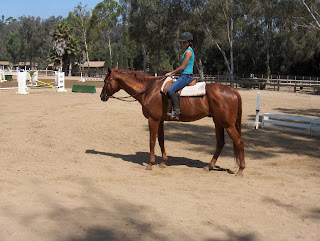