So this is how Bryan looked when we got him. There are several things to be noticed, eh? 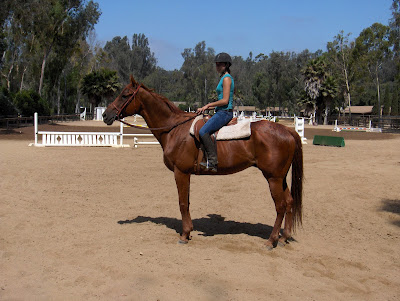 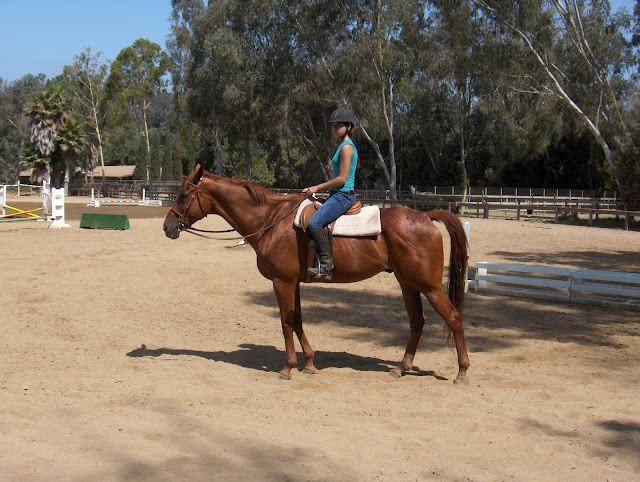 The most outstanding conformational anomalies were, to me, his neck and shoulder. I see his sloping croup, his 'poverty line' (an old term for that line of muscle that leads from flank to belly; look at his flank and see the line that points up to the left toward Terri's knee. I think of it more as a 'tummy distress line' as I have seen it on horses that were not particularly weight compromised as well). I don't really care about his puffy ankles. But the upright front pasterns and the killer straight shoulder and totally weird tied in neck are freaky. The muscle bulge on the underside of neck and the dip behind his saddle pad are also big 'wrong' nesses. I also dont really mind the over at the knees thing; its way preferable to being behind at the knees, and its actually somewhat associated with a nice low hunter movement. Not that it is desirable, but in the grand scheme of things its not a big deal to me. Same day below; he carried his tail up and to the right most of the time, a sure sign of issues (unless you're an Arab!)

Here's another one just a few weeks after we got him. He's a little fatter and smoother looking, but pretty scary; hind legs forward, front legs back. Hunters bump and pointy croup. Bulgy underside of neck, and neck ending way below the wither. Big muscle at the third vertebrae. All wrong. 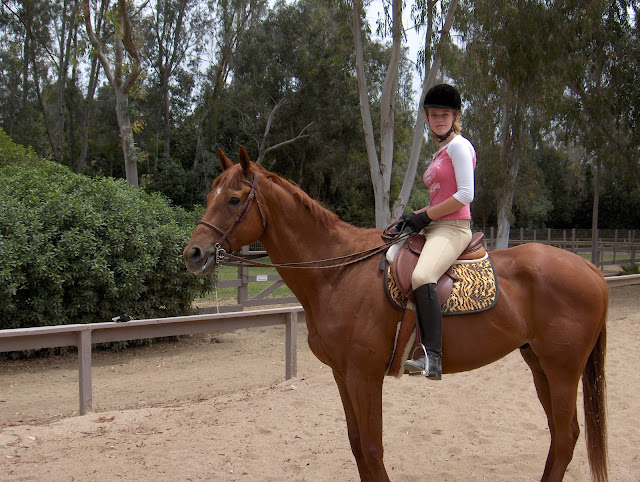 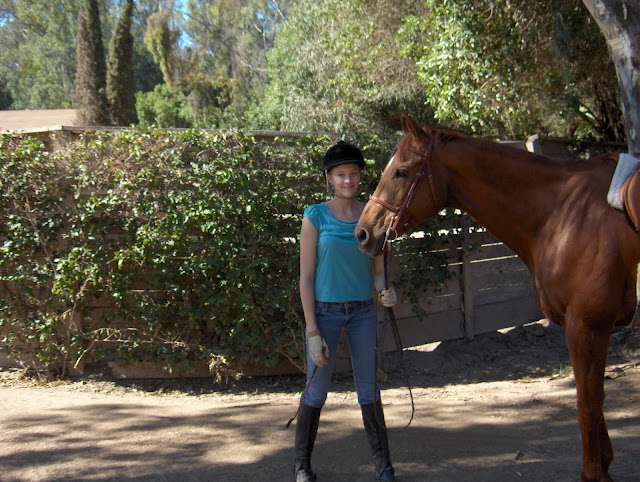 This a couple of months later. You can see that the muscles on the underside of his neck are not so prominent and that the dip is front of his withers is a little less sharp. The crest is also a little straighter and not quite so dipped and the bulge at the third vertebrae is smoothing out. 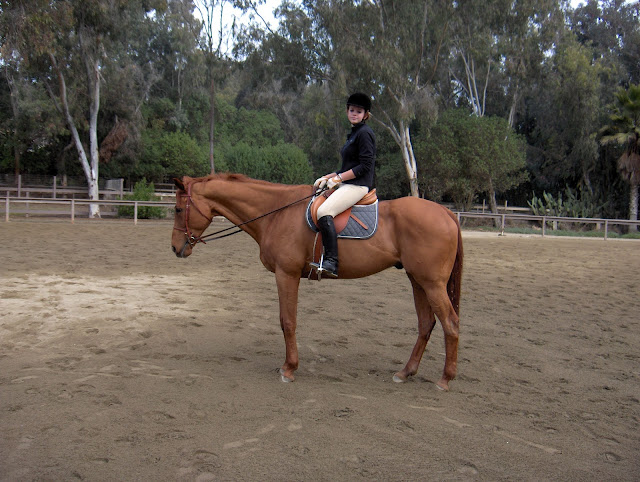 I think you can see how his neck is changing over time...another couple of months later. His neck is getting longer and the bulge underneath is gone. The area behind his poll has lengthened and the muscles along the crest are starting to develop. His shoulder is still very straight but getting less so. There is a hint of more muscling in his loin and his croup is not quite so pointy. His front pasterns are not quite so straight nor does he stand with his hind legs so far under him. His flank and hip are also getting bigger. 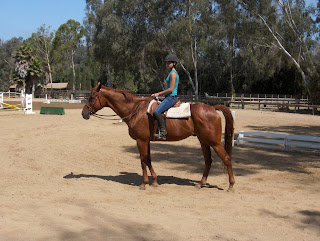 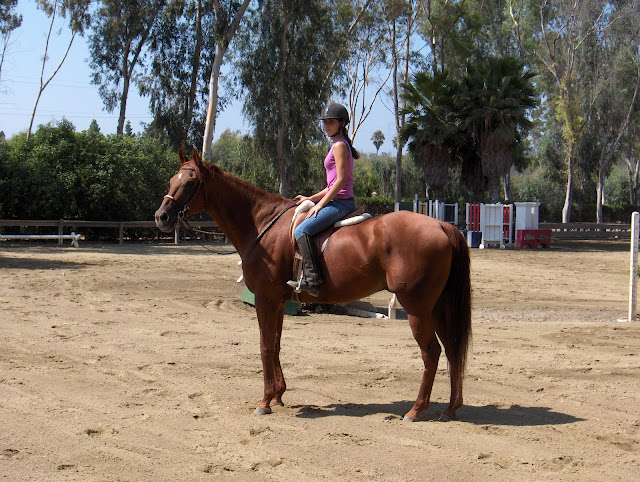 You can see his neck is very different and it no longer ties in in front of his wither. He is getting a nice big shoulder and his hip is much bigger. He is filled in behind the saddle and though his croup is still sloping it still looks like a powerful rear end. He is a TB, after all so will not have a flat croup. His front pasterns are much less straight. I think what I love the best though is the expression on his face. He was 'there' by this time. Still over at the knees. In his size 3 shoes by now. 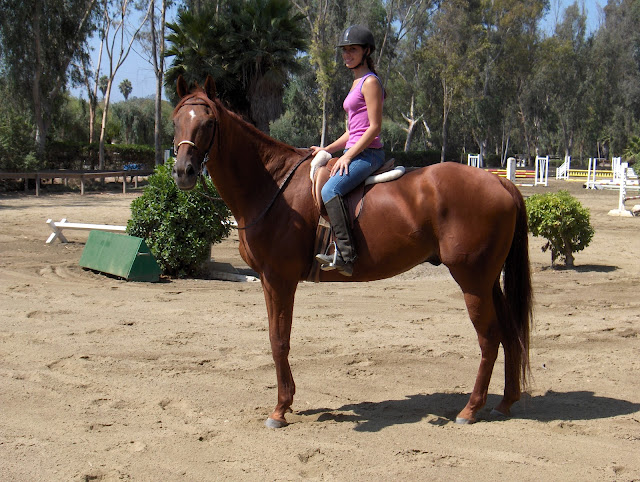 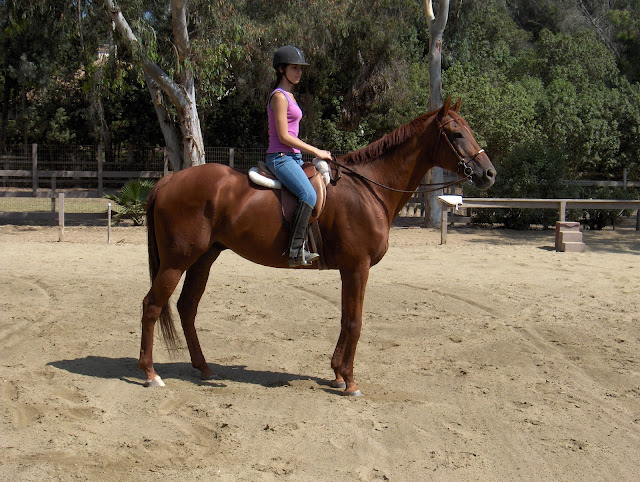 I loved this horse. Can you see why? He just blossomed.